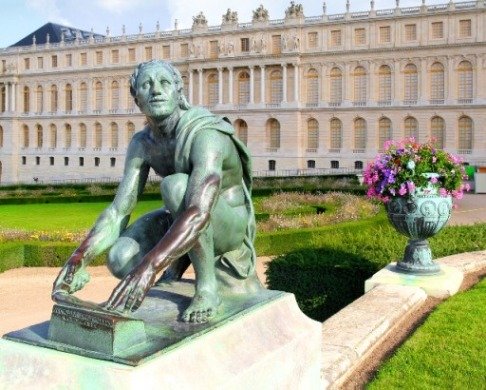 Name of Exam: Western Civilization II CLEP : 1648 to the Present

The Western Civilization II CLEP covers European history from the end of the 17th century to the present day. It includes The Enlightenment, The Industrial Revolution, The French Revolution, The Russian Revolution, and the two World Wars. You may be required to show understanding of the causes, as well as the impacts of these historic events.

The Western Civilization II CLEP picks up where the Western Civilization I CLEP left off. The real challenge with this exam is to keep track of everything that was going on. The period covered by this test was an extremely busy time in Europe. New continents were getting settled, and fought over. Revolutions of the political, religious, or scientific sort were popping up all over the place, and it wasn't all that great of a time to be the ruler of a country. Europe went through some serious regime changes, and you need to understand who took center stage, who exited stage left, and whether they left in one piece.

According to the College Board website, the Western Civilization II CLEP exam is broken down as follows:

This is not a comprehensive list. I've tried to list the topics you will most likely need to study. It should be obvious looking at the above that the bulk of the test is going to be on History. So really hit those history resources hard!

Norton Companion Website - A great resource for the second part of the Western Civilization CLEP. Start at Chapter 15 and read until the end for the material needed for this exam.

Western Civ II Questions from University of South Dakota - No answers to these, but they cover the same material that the Western Civilization II CLEP does. You can use these with the William Patterson study guides above to quiz yourself.

Western Civ II Flashcards - A set of flashcards that some nice person put up on Quizlet. I'd know this material well!

- Same logic as the Western Civ I exam. Use this targeted study if you don't have the time to go through all of the William Patterson study guides. If you're an Instant Cert subscriber, you can use the forums and flashcards in conjunction with this to virtually guarantee a pass.

Many people will find the this exam more difficult than the Western Civilization I exam. It all boils down to memorization, and whatever your own personal method is for putting that into action.

This is another exam where the Specific Feedback forum at Instant Cert truly comes in handy. If you're having too much trouble trying to memorize everything in the William Patterson study guides, you may want to try a more targeted approach with the feedback found in the Instant Cert forums. Either way, the exam will fall in the end and you'll pick up another three credits. It's just a matter of time.