The Civil War and Reconstruction DSST
A Free Study Guide! 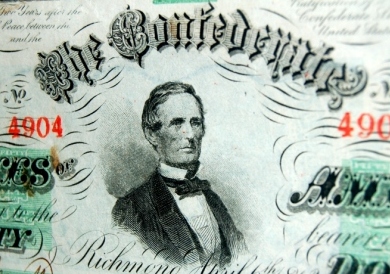 Name of Exam: The Civil War and Reconstruction DSST

Number of Questions: Around 115 (varies)

Difficulty 1-5 : 4
(One being the easiest, and five being the hardest)

I'm a history buff, so I thought the Civil War and Reconstruction DSST was going to be pretty easy for me. I mean after all, I've seen enough History Channel specials on the Civil War to be familiar with all the key battles and personalities. Unfortunately, that's only a small part of what you'll find on this exam. You'll need to go a little deeper than that. ;)

The exam will ask you questions about the battles, and it will of course ask you questions about the famous generals and politicians of the time. What throws a lot of people is when it starts asking questions about the political parties of the time. What did they stand for? What was the abolitionist movement and who were the notable figures in that movement? What laws were passed leading up to the war, and why do some say those laws pushed the southern states into secession? How did the world react to the US Civil War? Which countries got involved? Why did they do so?

Make sure you check out the Official DSST Fact Sheet for this exam.

Pay attention to the bottom of the fact sheet. It contains some sample questions that closely mimic the type of scenario-based questions you'll see on the actual exam.

The Civil War and Reconstruction DSST is broken down as follows:

I'm going to list some specific topics that you'll need to study.

Though there are different versions of The Civil War and Reconstruction DSST, you'll most likely see some of the following on your exam:

- One of the suggested materials from the Official Fact Sheet. The only reason I'm listing it here is due to its use as a reference source. Ideally you could look up any terminology, name, battle, etc with this. Of course you could do the same at Wikipedia and I suggest you do so (it's free).

The Complete Idiot's Guide to the Civil War, 2nd Edition

- In the interest of disclosure, I could not find a copy of this book in time so did not use it in my own personal study. Still, others have said it's a great resource for this exam, so I'm going to include it.

The Civil War - A Film by Ken Burns

- Please do not buy this series unless you really want to own it. Go check Netflix or your library, since almost all of them will have this. If they don't, they can probably get it for you. It's one of the most successful miniseries of all times. Besides IC, if there was one thing that helped me pass, it was watching this miniseries.

InstantCert Academy The Civil War and Reconstruction Specific Exam Feedback - Let me be clear here - If you're going to spend money to study for The Civil War and Reconstruction DSST, then you need to spend the $20 ($15 with the discount code) and get InstantCert. There are five pages of targeted information for this exam. As in... "I just got back from my exam and you'd better know A, B, and C when you take yours." They also have more suggested study resources in this thread. A great value.

Also if you've subscribed, make sure you go through the Flashcards for The Civil War and Reconstruction as well.

Once again, don't just think that if you know the battles and generals that you'll pass this exam. I'd go so far as to say that many Civil War buffs would run into trouble with some of these questions. For example, one of the questions on the fact sheet asks how did most of the soldiers die - by wounds or by illness? Or who founded the Republican party and why?

I can't suggest InstantCert enough for this. If you go through the IC flashcards and read the answers and explanations then you'll almost certainly pass. Check out the specific feedback thread as well and see what topics others had on their exams. If you use those to fill in the gaps, you'll have no problems with the Civil War and Reconstruction DSST.