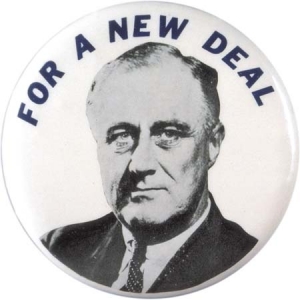 Name of Exam: History Of the United States II CLEP — 1865 to the Present

Once again, if you were good at history in school, or enjoy watching the History Channel on TV, this test should not be that difficult. I would caution against relying only on TV watching however. Most of your popular history concentrates on the Western expansion going on during this time, and the world wars that followed after. While the History Of the United States II CLEP does have questions concerning Western expansion, such as the western territories gaining statehood; most of the questions will be aimed at a broad range of political, cultural, economic, and international events.

For example, the women's movement is extremely important during this time. You'll need to study women's suffrage both in its early stages as well as the economic events that precipitated women entering the workforce. You'll also need to study the US Government's war on the different monopolies of the day. You'll probably need to know what US President was known as "The Trustbuster" (The answer is Theodore Roosevelt, though Howard Taft probably deserves it more. Find Out Why! ) You'll need to study up on labor unions, how they were first formed and why. Note the different amendments to the Constitution that were enacted during this time.

Most of the exam seems to be centered on the period leading up to the 1940s, so unfortunately for all you war buffs out there (me included) there wasn't too many questions dealing with World War II. The exam does touch lightly on the causes of the Korean and Vietnam wars along with the culture in the US during those years. As with the history of the United States I CLEP, you also need to know the important authors, artists, and musicians during this time.

I know that all sounds like a lot of information to know, but the History of the United States II CLEP is not terribly difficult. It does dig deeper into the details than its predecessor however, and therefore deserves a little bit more study before sitting the exam. For a really in-depth breakdown of topics covered for the History of the United States II CLEP, I would highly, highly suggest seeing the Exam-specific feedback forum on InstantCert. The members have put together over six forum pages full of specific topics to study. You can find a link to that forum further down the page.

According to the College Board website, the History of the United States II CLEP exam is broken down as follows:

They've also broken down the test into sections based on the time periods that the questions cover.

As noted above, the general consensus is that most of the exam covers the period up until the 1940s. You will get questions on subjects after that time, but most of the people who I've talked to have said they wished they would've studied more on the earlier dates. My own test definitely had more questions before the 40s then after. Of course your mileage may vary.

A few "more" topics that you will need to know for the History Of the United States II CLEP are:

This is not a comprehensive list. I've tried to list the topics you will most likely need to study.

The US Constitution - Know this, especially the Amendments and Bill of Rights. You'll see it again for American Government if you take that exam, so know it well!

HippoCampus Online US History II - A good resource for the History Of the United States II CLEP. It breaks down the subject matter by topics allowing you to easily find what you need work on. You'll need to hit the link that says "U.S. History Since 1877".

HistoryTeacher.net Free Quizzes - I love this teacher. She created quizzes for students and put them online. They are free to take and cover a majority of the information you will need for this test. Scroll down for the years covered by History of the United States II CLEP.

US History Flash Cards - A pretty good set of flashcards that covers some of the same material you'll see on the exam. I'd definitely use it in conjunction with other resources, but it's a good place to start.

US History Online Textbook Index - US history.org, a website dedicated to teaching US history. Among its many other features, this website also includes a free online textbook.

- Relatively cheap ($23 at the moment) but covers the material well, targeting exactly what needs to be targeted and leaving out most of the fluff. Also comes with a CD of practice exams. Without a doubt will improve your test score, and many use this as their primary study resource.

Making America: A History of the United States Since 1865 Volume B, Brief Second Edition

-Amazon to the rescue again! The normal price for this textbook is over $100, but by selecting a slightly older edition and looking in the used bin we can get it for only $15.

InstantCert Academy US History II Specific Exam Feedback - Much like its predecessor, this is an exam where InstantCert really pays off. Many of the forum members have broken down exactly what the exam is looking for by topic. You'll find most of these in the Specific Feedback section of the forums, but you can also find some free material in the general discussion forums. If you're a member of InstantCert already, don't miss the flash cards! Know these backwards and forwards and you should have no problems with this exam.

The History of the United States II CLEP is more difficult than the first test of the series. The 20th century was a busy time for the United States of America. There's a lot of ground to cover in this exam to reflect that. We had the Western expansion, overseas empire building, two world wars, the Great Depression, and a host of cultural revolutions.

Here's my advice for this exam if you're still worried -- give InstantCert a try. Go into the exam specific forum and copy down all of the topics that others have seen on the exam. Grab a textbook or use one of the free online links above and study each of those topics until you're comfortable in your knowledge. If you do this, you should have absolutely no problem with this exam. Now go get those credits!