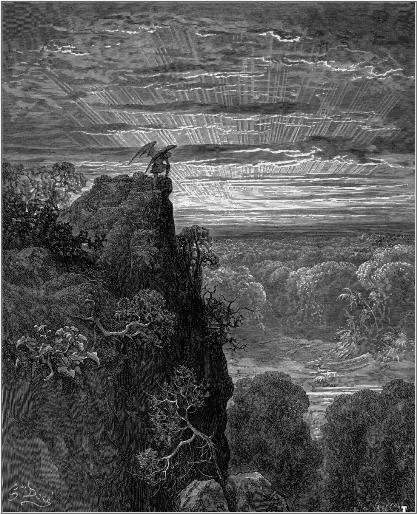 The English Literature CLEP covers the great works of literature written by English authors, and will ask you to identify the authors of those works. You will be tested on common literary terms and writing methods. As noted above, the optional essay section may be required by your school. If so, the exam usually requires you to write two pencil and paper essays.

The first essay will require you to write a persuasive analysis of a given poem. The second essay is a choice between two topics that present different positions or themes. You are then required to list a work or works that supports your particular theme and show how it does so.

English Lit! Sounds like fun, right? Right?!? The English Literature CLEP is a straightforward exam if you've taken either the American Literature CLEP or the Analyzing and Interpreting Literature CLEP. As you'll see from the below breakdown, almost half of the exam will require you to use the same skills you did in Analyzing and Interpreting Literature. Namely, you'll be asked to identify meanings of passages, determine the author's desired mood, and show knowledge of literary styles. Of course you'll be doing all of the above with English Literature that stretches back to Beowulf!

The other large portion of the exam deals with you being able to identify the works of English Literature authors, and this one goes into more detail than its American Literature counterpart. You really need to know the works of a few specific authors. I considered myself pretty familiar with Shakespeare's plays, but I could have used more study. The same applies to the great poets. Often times you'll be given a few verses of poetry or a passage of prose and asked to identify the author. They do take pity on you sometimes though, and even if you don't recognize the line you may be able to recognize the poem or play from the subject matter.

If you blew through the American Literature CLEP and the Analyzing and Interpreting Literature CLEP, then with a little study you should be ready for the English Literature CLEP. If you haven't taken either of those yet, I'd suggest doing so before tackling this exam if your degree plan allows you to.

According to the College Board website, the English Literature CLEP exam is broken down as follows:

This is not a comprehensive list. I've tried to list the topics you will most likely need to study.

I always recommend you see the Instant Cert Exam Specific forum for a further breakdown of study topics. They've spent years accumulating their lists, which goes into much greater detail. You'll learn about Instant Cert below if you haven't heard of it already.

Synopses of Shakespeare's Plays - This gentleman has summarized all of Shakespeare's major plays to less than 1,000 words each. I'd review his most popular plays thoroughly, and be able to identify in which plays certain characters appear. Know the main characters as well as the general plots and you'll be prepared for any question dealing with Shakespeare.

List of English Authors - A nice list of English authors, along with a short blurb on each identifying their major works. Not as extensive as if you looked up each in turn (which you should) but it's a good place to get started.

Literary Devices and More Literary Terms - Know these and you'll be happy you did on the exam. This has a term and definition for almost every literary term that the English Literature CLEP will ask you about.

Explanation of Meter - You don't need to know all of these, but definitely understand the more common Iambic, Heroic couplet, Blank verse, Free verse, Hymn Meter, .

English Literature Practice Test - Here's a 230 question practice test that is the most extensive free practice exam I've seen for this subject. Pay attention to the form of questions it asks, since the English Literature CLEP will often phrase questions the same way. The answer key is towards the end.

English Literature CLEP Quick Prep Package - Our own study package for the English Literature CLEP exam. Need those credits fast and don't have time to do all the research? We've done the work for you right here. Get our Quick Prep Sheet for this exam, two additional full-length practice tests, and even a mp3 file to study from. It's quick, it's cheap, and it's guaranteed to help you pass.

- Enough of you have spoken up and recommended this book to rate an inclusion in this list. Never let it be said that I don't listen! ;)

I found this one more difficult than the American Literature CLEP, and the reason is pretty obvious. While America has only had a few centuries worth of authors and great works of literature, England has a much greater head start. ;)

Over half of the exam will be testing your ability to comprehend rather than remember, so those that aren't great at memorization should take heart. On the other hand, memorizing the authors, their works, and the literary terms are pretty much the only thing you can study, which means you better dedicate some time to them. This one is for another six credits, so go get em!

Return from English Literature CLEP to
the CLEP Exams Page