Rise and Fall of the Soviet Union DSST
A Free Study Guide! 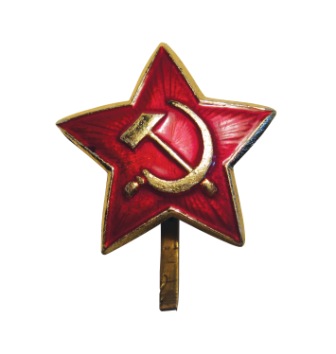 Name of Exam: Rise and Fall of the Soviet Union DSST

Number of Questions: Around 100 (varies)

Difficulty 1-5 : 5
(One being the easiest, and five being the hardest)

The Rise and Fall of the Soviet Union DSST covers what a student would learn during a single semester of a History of the Soviet Union college class. A few of the specific topics you'll see see are: Prewar Stalinism, The Brezhnev Era, The Revolutionary Period (1914-1921), and the Khrushchev Years..

Let's get this out of the way now - This sucker is hard! If the difficulty list was based only on my own opinions, then the Rise and Fall of the Soviet Union DSST would probably rank as the most difficult exam I've taken. The material is hard enough for someone unfamiliar with Russian history to memorize, but the names itself made it ever more difficult for me personally.

So having said all of that.... I still passed with a 48 after only a few days of study. If you dedicate the necessary time to this (unlike me), and use the recommended study materials, you'll probably do just fine. Your brain may feel ready to explode walking out the door, but I'm confident you'll be walking out with a passing score.

Make sure you check out the Official DSST Fact Sheet for this exam.

Pay attention to the bottom of the fact sheet. It contains some sample questions that closely mimic the type of scenario-based questions you'll see on the actual exam.

The Rise and Fall of the Soviet Union DSST is broken down as follows:

The more astute among you may have realized the above only adds up to 95% of the exam. Unfortunately, the official Fact Sheet is also missing 5% so it remains a mystery.

I'm going to list some specific topics that you'll need to study.

Though there are different versions of the Rise and Fall of the Soviet Union DSST, you'll most likely see some of the following on your exam:

The Soviet Colossus: History And Aftermath

- One of the DSST suggested study resource and surprise! You can pick it up for less than $30 from Amazon at the time of this writing. Since most of the "Official" recommended books usually go for $100+, I'm thrilled to find one this cheap. Still, check the library first. Free is always the better price!

- I found this one and really liked it. I'm a picture guy myself (Helps me remember the names when I see the faces) and this also has a nice write up of the history during the time. Would I pay money for this as a study guide? No... But I'd definitely see if your library has a copy available.

InstantCert Academy Rise and Fall of the Soviet Union Specific Exam Feedback - Let me be clear here - If you're going to spend money to study for the Rise and Fall of the Soviet Union DSST, then you need to spend the $20 ($15 with the discount code) and get InstantCert. There are three pages of targeted information for this exam. As in... "I just got back from my exam and you'd better know A, B, and C when you take yours." They also have more suggested study resources in this thread. A great value.

Also if you've subscribed, make sure you go through the Flashcards for Rise and Fall of the Soviet Union as well.

I took the Rise and Fall of the Soviet Union DSST primarily for the Upper Level credit it gave me. If you're in need of some UL credits as well, it may be a legitimate option for you to think about. This one is History, which means it all boils down to memorization.

I can't suggest InstantCert enough for this, not only because of the flashcards, but also for the specific exam feedback thread. If you read through the posts there, and research each of the topics that others have had on their exams, you'll be in a much better position to pass your own exam.

When doing the flashcards, make sure you read and comprehend the explanations given once the answer is shown. Knowing those will also help you prepare in a big way. Now go get those credits!